Why Are People Spending More Time In Mobile Gaming These Days? 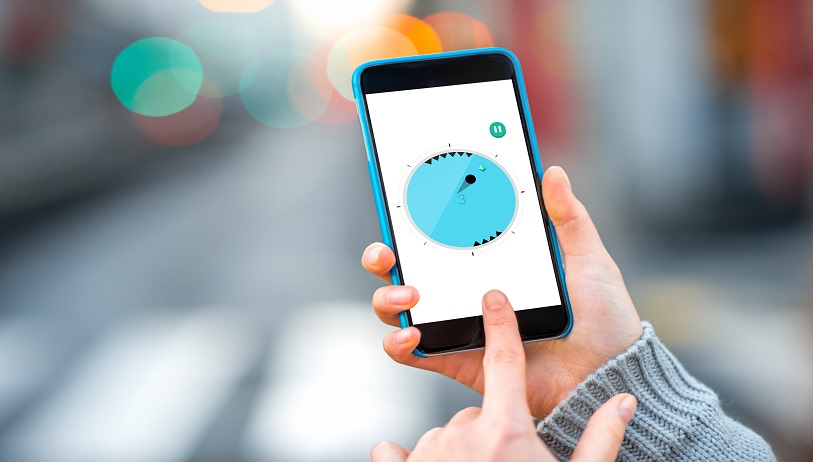 If you have a smartphone, chances are you rely on it pretty heavily – not just for communication purposes but for entertainment, music and information too. It’s no surprise that of the past 5-10 years, the use of smartphones has taken off as technology has allowed us to do more with them. Even since 2014, the statistics are quite surprising. During this time the average individual user was spending just over 40 minutes a day on their smartphone – today we’re up at around an hour and 39 minutes!

No doubt our ever-growing obsession with social media has played a big part in this, however research suggests that we are spending more of our time on smartphone games as well. Studies show that rather than playing more video games in general, trend is that we are using more of the time we used to spend on gaming consoles, playing games on our smartphones.

What are some possible reasons for this trend?

Games on smartphones are getting better

While it’s true that console gaming is improving, the technological capabilities of smartphones are increasing exponentially, which gives game developers the means to do more with what they have. While the size, graphics and detail of the games can’t compare to those of the latest gaming consoles, their constant improvement has meant that there’s just about every kind of game available on a smartphone today.

From puzzle games, to RPGs, shoot ‘em ups and sport arcade games, they’re all there in great number. It stands to reason that this gap between console games and smartphone games will continue to narrow as time goes on.

An article published earlier last year in The Telegraph  suggested that we have shorter attention spans than ever before, as the average has dropped from 12 seconds in 2000, to 8 seconds today. The argument put forward was that in fact, smartphones have been the cause of this, as we are all so used to having something in front of us to keep us entertained.

The other big reason is that, quite simply, they’re there. Smartphone games these days are so easily accessible (many are free) and specifically designed to be played in those ‘in between times’ when you may only a few minutes to burn and you need something to do that doesn’t require too much thinking.

Compare this to playing a game on a console, where you need to have a lot more time on your hands and perhaps even a little planning. Ultimately, console gaming requires more of a commitment. Put in another way, if you have a smartphone chances are you’ve played games on it. So with more people buying smartphones and more time being spent on smartphones, it’s no wonder that more time is being spent playing games on smartphones.

It will be interesting to see how smartphone gaming changes in the coming years and the effect that this has on console gaming in particular. No doubt games available in the App Store and Google Play are getting better and better and becoming more relevant to our culture as time goes on. This being the case, recent trends shouldn’t be too much of a surprise and may continue as time goes on.